Two California Representatives spearheaded a letter calling on mass liberal cable and Big Tech companies they took donations from to censor Fox News, One America News Network and Newsmax. The call to silence these outlets by Democrat representatives was wholly un-American.

The New York Times reported that the letter signed by Reps. Gerald McNerney (D-CA) and Anna Eshoo (D-CA) questioned the roles of  “Comcast, AT&T, Spectrum, Dish, Verizon, Cox [, Altice] … Roku, Amazon, Apple, Google and Hulu” on the alleged “spread of dangerous misinformation.” The letter reportedly asked: “‘Are you planning to continue carrying Fox News, OANN and Newsmax on your platform both now and beyond the renewal date? If so, why?’” The letter accused that “the cable, satellite and over-the-top companies that disseminate these media outlets to American viewers have done nothing in response to the misinformation aired by these outlets.”

Open Secrets records revealed that both Eshoo and McNerney have received PAC donations from many of the very companies they pressured in their letter during the 2020 electoral cycle. 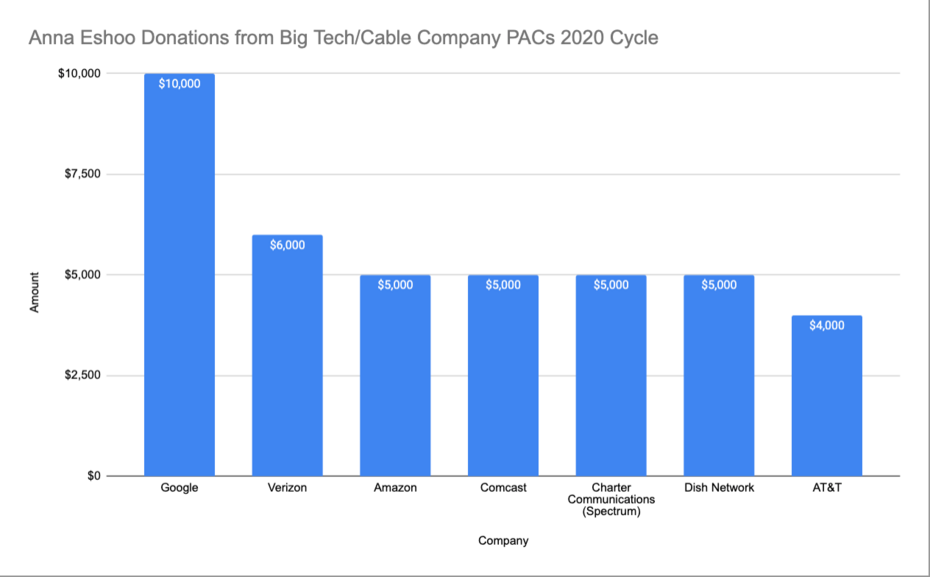 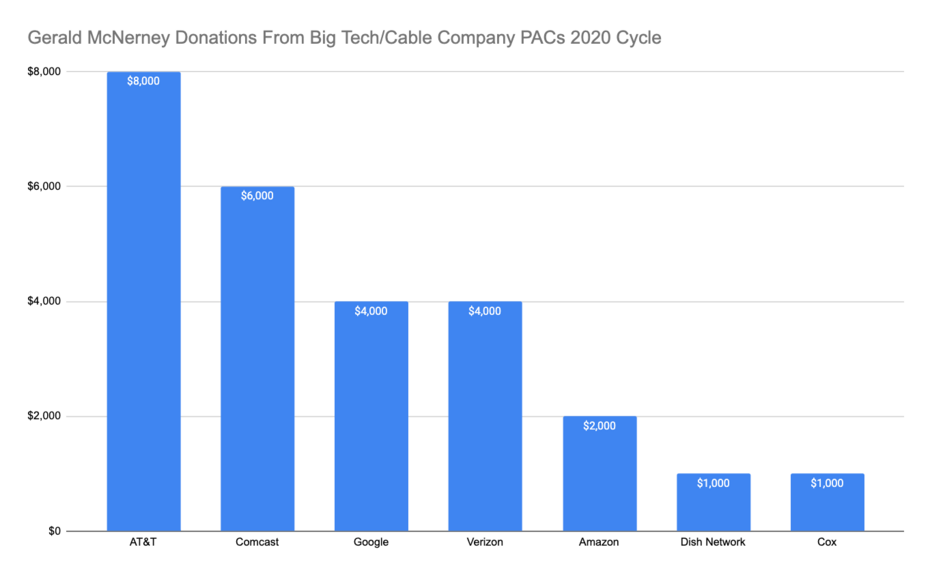 The fact that these companies donated to House members looking to silence the voices of Fox News, OAN and Newsmax is the epitome of liberal censorship.

As Fox News reportedly said in a statement, “‘For individual members of Congress to highlight political speech they do not like and demand cable distributors engage in viewpoint discrimination sets a terrible precedent.’”

Conservatives are under attack. Contact ABC News (818-460-7477), CBS News (212-975-3247) and NBC News (212-664-6192) and demand that they report on the political contributions McNerney and Eshoo have received from the companies they want to silence conservatives. Further demand that the Big Three properly label what Eshoo and McNerney are doing as anti-free speech and wholly un-American.

Biologically female athletes should not be forced to compete with athletes who are born biological males, student-athlete Linnea Saltz told an audience at the Conservative Political...
Read more
U.S News

ROHNERT PARK, Calif.—A message on an electronic billboard in the San Francisco Bay Area is calling for the reopening of schools in Sonoma County. A...
Read more
U.S News

Boston Public Schools (BPS) are halting a selective program for high-performing kids in grades four through six because of a lack of racial equality...
Read more
U.S News

Why The Capitol Riot Terrified The Elites

Authored by James Ketler via The Mises Institute,These days, it sure looks like they have them right where they want them. Using the storming...
Read more
U.S News

How Global Health And Wealth Has Changed Over Two Centuries

At the dawn of the 19th century, global life expectancy was only 28.5 years.Outbreaks, war, and famine would still kill millions of people at...
Read more
U.S News

Authored by Pepe Escobar via The Asia Times,Moscow is painfully aware that the US/NATO “strategy” of containment of Russia is already reaching fever pitch....
Read more
U.S News