Georgia is moving faster than California in its effort to re-start Hollywood production, with Gov. Brian Kemp (R) issuing COVID-19 guidelines on Friday to help ensure that cast and crew members remain safe when they eventually return to work.

While studios will ultimately decide when they will resume shooting on movies and TV shows, individual states serve as a key component by providing health guidelines that serve as a common benchmark for all studios and production companies.

Georgia is the first state to issue COVID-19 recommendations covering nearly every aspect of production, including casting, shooting, and even the food catering process. California is expected to release a similar document on Monday.

The same elements that have made Georgia attractive to film remain in place. We look forward to a safe return when productions are ready! https://t.co/8gIHjtu3zo pic.twitter.com/6opGaC1xxv

“We are so grateful to the hardworking people who make up and contribute to Georgia’s incredibly successful film and TV industry, and we thank them for all the ways they have given back throughout the state’s response to COVID-19,” he said in a statement on Friday. “The Georgia Film Office has maintained their close work with industry executives to develop these outlines for how productions can help protect cast and crew members. ”

The major Hollywood studios, as well as Netflix and Amazon, have yet to indicate when they will resume domestic production. The studios are currently working with the Hollywood trade unions to develop a white paper that will provide industry-wide standards to keep people safe while working on sets.

Filmmaker and producer Tyler Perry has already leap-frogged ahead of others by announcing that he will resume production on a limited basis at his Atlanta studio on July 7. His studio will start shooting two BET series — The Oval and Sistas — over a two week period. 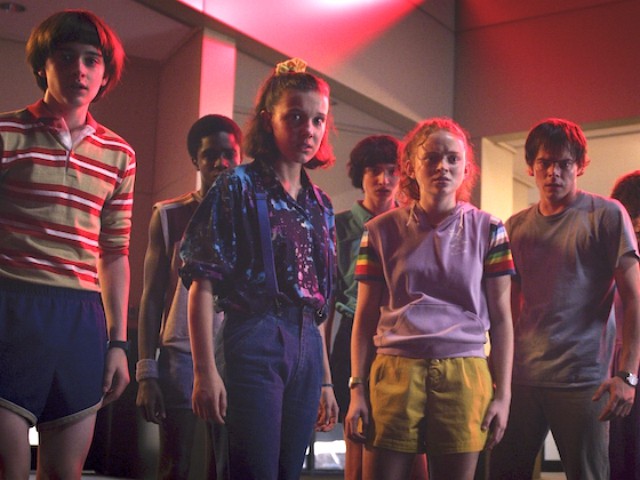 This week, Perry put out his own comprehensive safety plan outlining the testing and quarantine procedures all personnel will have to follow.

Georgia is one of Hollywood’s favorite filming locations thanks to generous financial incentives that include a 20 percent tax credit for certain productions.

When shooting came to a halt in late March, the state had five feature films and 29 series in production, with many more in pre-production. For the most recent fiscal year, the state saw 391 film and television shoots, with $9.2 billion in total wages.

The popular Netflix series Stranger Things and Ozark shoot in Georgia. Disney has filmed many of its Marvel movies at the Pinewood Atlanta Studios, including Black Panther and The Guardians of the Galaxy movies.

Georgia’s new set of best practices recommends masks to be worn at all times, except when actors are in front of cameras. It also calls for social distancing, COVID-19 testing, and limiting personnel on set.
The state’s film office is asking studios to use the Georgia recommendations together with the industry-wide labor standards when they are eventually released.