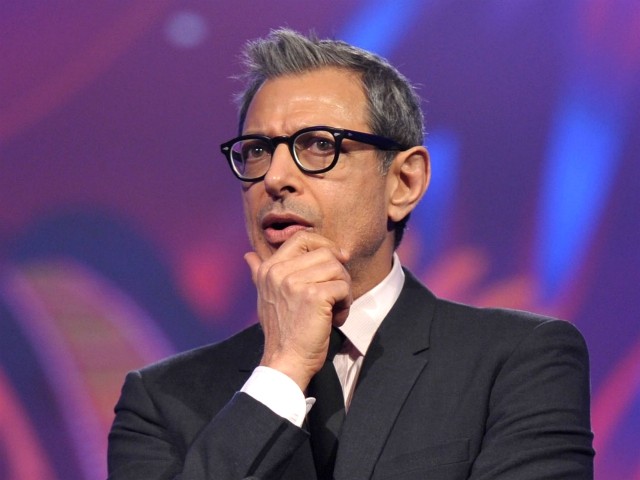 Jeff Goldblum is facing left-wing backlash on social media after the actor questioned the “anti-homosexuality and anti-woman” nature of Islam while serving as a guest judge on VH1’s RuPaul’s Drag Race.

Jeff Goldblum questioned the anti-woman and anti-homosexual nature of many Muslim-majority countries around the world and has now been cancelled by Twitter’s left-wing hate mob. Despite the fact many Muslims fled to the USA precisely to leave their religion’s medievalists behind. pic.twitter.com/aLFd2lTRna

Rose, who is of Iranian descent, explained on the show that “you can be Middle Eastern, you can be Muslim, and you can still be American.”

Following the runway presentation, Jeff Goldblum asked Rose, “Are you religious, may I ask?”

“I’m not,” he replied. “And to be honest, this outfit really represents the importance that visibility for people of religious minorities need to have in this country.”

Goldblum then asked: “Isn’t this an interesting wrinkle though? Is there something in that religion that is anti-homosexuality and anti-woman? Does that complicate the issue? I’m just raising it and thinking out loud and maybe being stupid. But, what do you think?”

The actor appeared to be referring to countries that follow Islamic Sharia law, where being gay is a criminal offense and where women are treated as second-class citizens.

RuPaul chimed in, seemingly to defend Goldblum’s question: “I think Drag has always shaken the tree, so to speak. And there are so many different layers to this presentation and if it was ever going to be done, this is the stage to do it.”

Rose replied: “It’s a complex issue. I have my own misgivings about the way LGBT people are treated in the Middle East. And at the same time, I am one.”

“When the Muslim ban happened, it really destroyed a lot of my faith in this country, and really hurt my family,” Rose said. “And that’s so wrong to me. And I had to show America that you can be LGBT and from the Middle East and there’s gonna be complicated shit around that. That’s OK. I’m here and I deserve to be an American just as much as anyone else.”

“I’m here, and I deserve to be in America just as much as anyone else.”

In early 2017, President Trump signed an executive order known as “Protecting the Nation from Foreign Terrorist Entry into the United States.” The ban impacted seven countries with terrorist ties, including Iran, Iraq, Somalia, Syria, Sudan, Libya, and Yemen. The executive order wasn’t a “Muslim ban” since Muslim-majority countries like Indonesia and Pakistan weren’t named in the order.

Jeff Goldblum faced criticism on social media on Friday following his TV appearance, with some people calling his comments Islamophobic and “stupid.”

Jeff Goldblum’s commentary tonight on drag race has been really off-putting, the whole “just wondering out loud, Islam is a misogynistic, homophobic faith” is not cool

im not muslim anymore but seeing white people condemn islam for things that can found in every religion is just bigoted to me. trust me jeff goldblum don’t care about morals or he wouldn’t be supporting woody allen. https://t.co/26jDI4G2oY

Tuned into RPDR to distract myself and was subjected to Jeff Goldblum’s Islamophobia instead
pic.twitter.com/BCaD46Ytzh