Asian shares drop after US stocks’ worst day since October

‘Your Courage and Bravery Will NOT be Forgotten’: Signs Honoring Capitol Police Decorate Capitol Hill Tunnels

One week ago, a violent mob breached the US Capitol building in a fight against the counting of the electoral votes.

The incident resulted in the deaths of five people, including Capitol Police officer Brian Sicknick who passed away from injuries sustained during the attack.

But during this dark time in history, a light has appeared and the brave men and women who fought against the attackers are being honored.

Signs commending the US Capitol Police for their efforts to ensure the safety of lawmakers can now be seen hanging along the Capitol Tunnel. CBN News photographer Mario Gonzalez captured some of those encouraging messages:

One sign says, “We know your shift didn’t end when it got quiet – that in many ways it hasn’t ended yet. You have all of us behind you and we will be here until the end, doing our job because you haven’t quit yours. Thank you.”

Another reads, “Your courage and bravery will NOT be forgotten. We love you! Thank you.”

The House Administration even made a sign simply saying, “Thank you.” 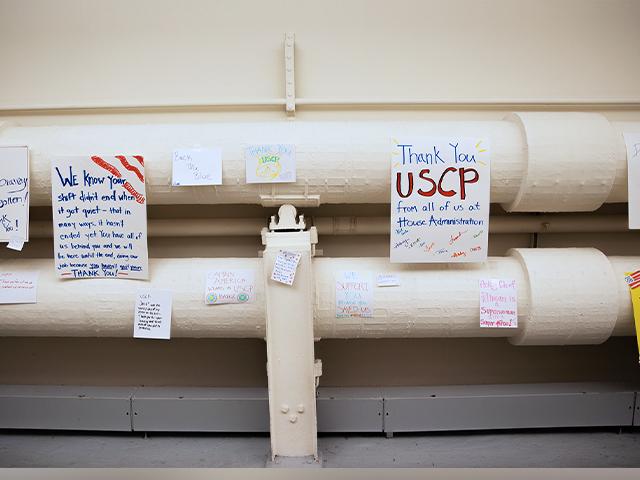 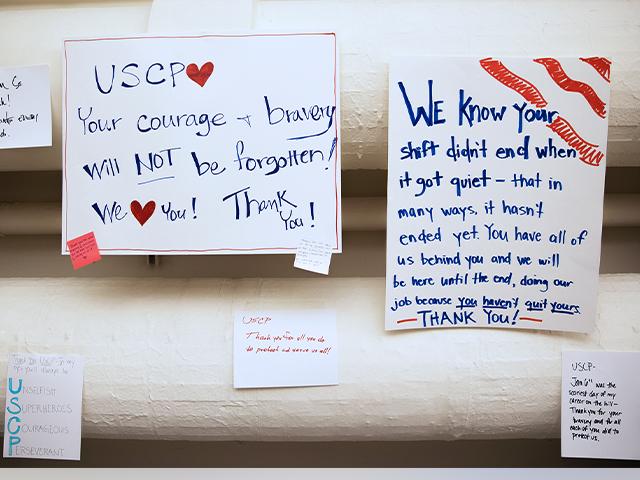 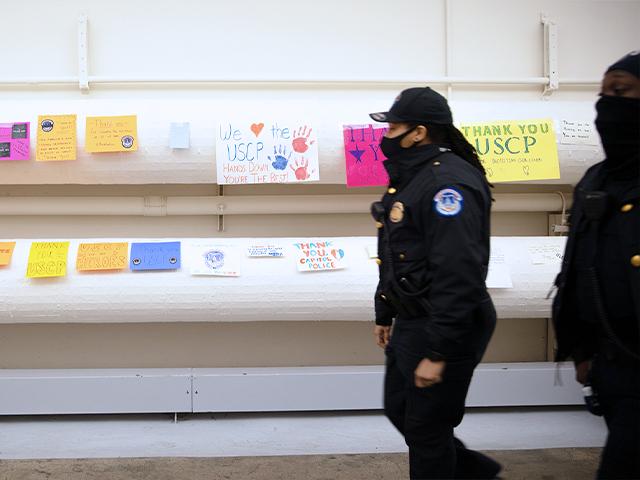 These simple acts of kindness can be seen as a reminder of the immeasurable love God gives to us which we are called to reciprocate.

Asian shares drop after US stocks’ worst day since October

Facebook is working toward reducing the amount of political content on the platform following feedback from its users, the company CEO Mark Zuckerberg said...
Read more
U.S News

The construction of the wall on the southern border has been suspended, Customs and Border Protection (CBP) confirmed on Wednesday, one week after President Joe...
Read more
U.S News

Sen. Mark Warner (D-Va.) will self-quarantine after being exposed to a person who tested positive for the CCP virus, according to Warner’s spokesperson. “Senator Warner...
Read more
U.S News